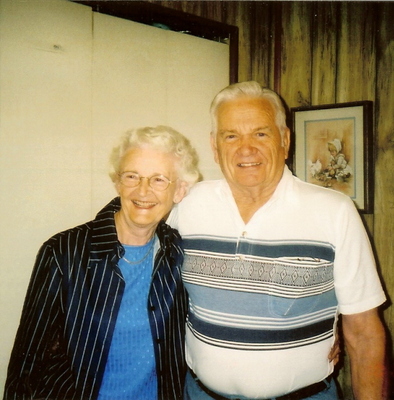 When Certain Man and I moved to the farm that we call Shady Acres, there were some neighbors up the road from us whose farm bordered ours.  They were wary of us.  They didn’t particularly like chicken farmers.  There was a long history of chicken catchers getting on their property, and there was a rickety barbed wire fence that was of particular concern to them.  It seemed like there was a history of every time a flock of chickens went out, the fence was damaged.

Certain Man had been duly warned.  We talked about it carefully and he decided that he would take fastidious watch over the fence the first time our chickens went out, and if there was any damage, we would repair it or pay to have it repaired.  The neighbor man, fussy and out of sorts, sat at the end of the driveway and kept watch over his fence.  The chicken catchers caught out of the end of the houses closest to his property.  The skid loader got into the fence and damaged it.  Certain Man told me about it the next morning and said that he was going to fix it as soon as possible.

It must have been mid-morning when the phone rang.  It was Mrs. W.  “Is Mr. Yutzy there?” she asked politely.

“This is Mrs. W, down the street.  If you could have him call us as soon as possible, please.”

“Well, yes, there is.  The chicken catchers damaged our fence, and we cannot have things like this going on.”

“I am so sorry, Ma’am.  Daniel said that they had gotten into it and he is going to fix it as soon as possible.  We regret that it happened, and Daniel wants to see if maybe they would consider catching out the other ends so they don’t get into the fence the next time.  But it was damaged by our chicken catchers and it is right for us to take care of the repair.”

“Is there anything else?  I’ll have Daniel call when he gets back in, but if there is something else . . .”

She thanked me and hung up.  Certain Man made sure he fixed the fence and he worked hard over the next few years to do all he could to win the trust of our next door neighbor.  And by the blessing of our Heavenly Father and a few instances that were almost miraculous in the eyes of Certain Man’s Wary Wife, a solid friendship and mutuality was born that has been a source of great joy.  In the nineteen years that Certain Man’s Family has lived at Shady Acres, there have been some incredibly happy/funny/poignant memories made between the two families.

But Mr. W was ill.  He had a chronic lung disease that made breathing difficult and sometimes it seemed almost impossible for him to live much longer.  Somehow he always rallied — never coming quite back to where he was, but still coming back enough to laugh and chat when the rare time was that someone stopped in.   It seemed that especially over the last year, things had deteriorated rapidly to the point that Mr. W was always on oxygen and never left the house.

And I worried.  You see, there had never been a time when I had talked to him about Heaven and how to get there.  He was such a nice man, and it seemed as if I should be able to make time somehow.  There was a day last summer, in the middle of the weddings and such that he had called about something and I asked him if I could come up and talk to him about the way to Heaven and how to be sure he was going there and he had replied that he would be glad for me to do that.  He wanted his wife to be there, too, but he would appreciate that.

And the days went by.  There were always things that interfered.  Even when plans were laid, things would come up that seemed to shut out the opportunity to go and spend time.  I would pray for the right time and the right place and I would pray that his heart would be soft, and yet, it seemed like I just couldn’t get there.

Then last Monday night, on the way home from another viewing, we got a call from Mr. W.’s son who said that Mr. W had been taken to the hospital and they didn’t expect him to last the night.  There was nothing that would stop me then.  “We have to go,” I said to my willing husband.  “I haven’t had a chance to talk to him about Jesus and how to get to Heaven.”   And so we went straight to the ICU of our local hospital.  His family was congregated in the waiting room and only his beloved wife of almost 60 years was with him.  He opened his eyes and he knew us, and I shared briefly with him the age old story of salvation and asked if he wanted me to pray for him.  He nodded an emphatic “Yes.”  I asked him to squeeze my hand if he understood and if he wanted to make sure of Heaven, and he did.  But things were so garbled because of his EPAP mask and I couldn’t be sure if he really understood.  I prayed for him, and he seemed glad.  I prayed the best I knew for forgiveness and salvation, but it just didn’t seem right not to hear him say the words.  He had lots of visitors that day, and I asked Mrs. W if any one had talked to them about the way to Heaven and she said, “No.  Not one.”

I prayed for another chance.  I told him that night that I wanted him to come home and that I wanted another chance to have him for our neighbor.  He was so tired, but he smiled and he seemed alert and thought again of how precious he has become to us.

And so, it was with joy that I heard they were bringing him home.  They warned me that it was with hospice, that they didn’t think he would last long, but when they brought him home late on Friday afternoon, I thought that I would get through the weekend and then I was going to go up there and I was going to make sure that he knew the way to Heaven.  That He believed in Jesus Christ as the Son of God and the Only Way to Heaven.  I wanted so badly to know for sure where this dear friend would spend eternity.

Yesterday, (Saturday) I was cleaning my study.  It needed it.  I’m not lying.  Certain Man was studying for a sermon.  He said that he was going to go see Mr. W. Sunday afternoon, after his sermon, after small group lunch.  When things quieted down.  I planned to go along.

But they called this morning (Sunday) soon after nine o’clock and said that he had slipped away during the night.  We went to the house and Mrs. W. cried in my arms.  She felt so small and frail.  “I’ve been so selfish,” she said, her words all trembly and broken.  “My daughter has been telling me for a while now that I needed to tell him that it was alright for him to go, but I wanted to keep him here.  But last night, I finally told him and-”  She broke down and struggled to get out the last few words, “– and I guess he must have heard me.”  She slept beside him on a couch and has had very little sleep this last week.  She and her daughter had taken care of meds and getting him settled and he had seemed pretty much the same as usual, but when she got up to check on him around three o’clock, she found him long gone.

And I am struggling so much tonight with the “might have’s”  “could have’s”  “ought’a have’s”  I wonder about life holding us so tightly in its grip that we cannot find time to do what is most important.  I was talking to one of my other neighbors this morning and wept as I confessed what feels like an almost unforgivable failure on my part.  She struggled greatly to comfort me, and I love her for her kindness, but I said to her, “You know, M.J., if one of my neighbor’s houses was burning, I wouldn’t stand outside and say, ‘If I have time, I’ll get in there and warn them.’ or “If it’s okay with them, I’ll try to get them out.’  NO!!!  I’d be flying in there, hammering down the doors —  anything to warn them.  And this is so much more important.”  The sad thing is, I think she understands, but I am not certain of her destiny.  I think I have noted on this forum before that I have so many neighbors right now that are terribly ill and it feels like there is a great opportunity before us for ministry and caring and sharing the gospel — and never enough time.  Something has got to change.  And I hardly know where to start.

But I need to start somewhere.  This is too important to ignore.  And the consequences and the heaviness in my very soul call to me with an urgency that I pray will motivate and energize and revolutionize the way I look at life and people.

I know.  It isn’t about me.  It isn’t about working hard enough, saying the right things, or even about loving people in the right way.  It is about JESUS and OBEDIENCE.  And any time that I think it is all up to me, I am so wrong.  And so, tonight, I grieve for the friend and neighbor that I’ve lost and I grieve for the opportunities I let slip through my fingers.  And I also purpose to start with seeking to be more obedient to this Jesus whom I call “LORD”

He is the only way the Heaven, and there is nothing else that matters more.