My Sweet Mama and her siblings got together last week for an informal sort of reunion.  Uncle Lloyd Wert and his wife, Aunt Bev, provided the place and the food.  All that the rest of them had to do was show up.  And they did.

My Grandparents had eight children.  The oldest was a Son, Harold, and then followed five girls (Orpha, Alene, Gladys, Freda, Alma Jean) before another boy (Lloyd) was born, and then, after him, the final child, another girl, Ruth Ann.

Alma Jean married Harvey Yoder (not closely related to the other two Yoders as far as we know).

When they got together last week, they were all there — except my Daddy.  (And because of Alzheimer’s, one of our beloved Aunties wasn’t quite herself.) The eight siblings are all surprisingly pretty much together and “with it” enough that they really enjoyed the day.  It was hard for my Sweet Mama.  The tears were close almost every time she talked to me in the days before the gathering .  She hated to go without Daddy, but believed that it would not be wise to stay home.  And so, she went, and she survived.  I was so proud of her.  I know it was terribly hard, since this is the first time they were together like this since Daddy died, and it was bittersweet for all of them.  Uncle Allen got a decent picture of the eight of them together and Unkie (Uncle Lloyd Wert) took the rest.  I wish I could have been a mouse in the house that day, but I’ve heard the account, and I’ve seen the pictures.  That is almost as good! 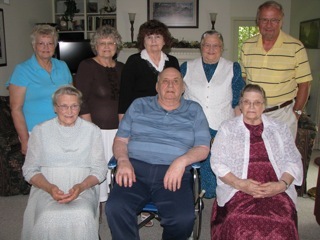 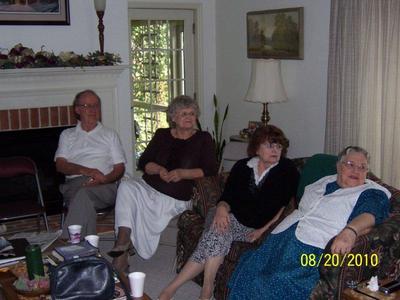 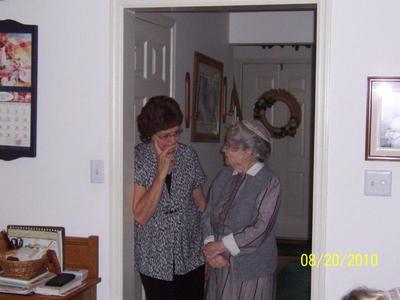 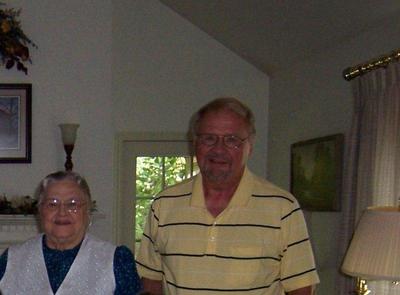 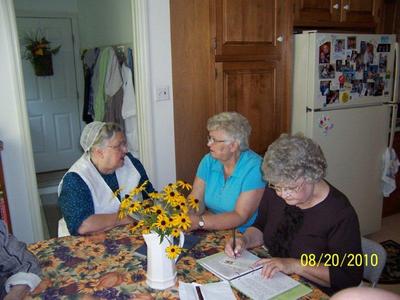 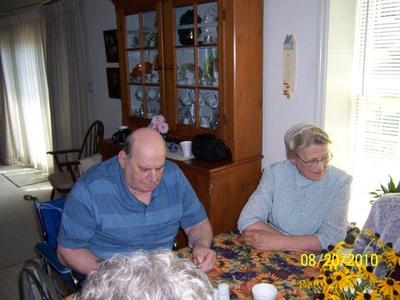 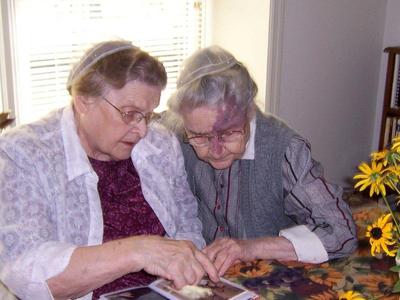 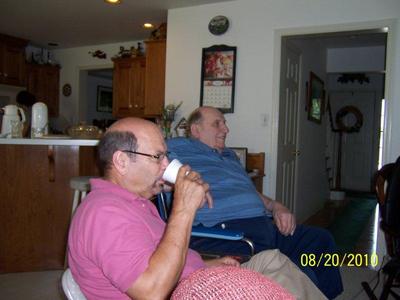 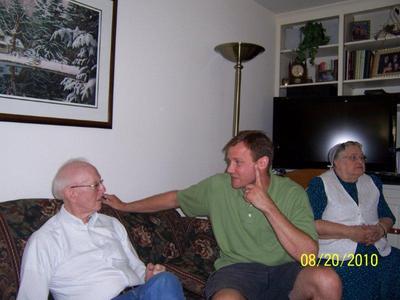 Uncle Vernon Zehr talks to Uncle Lloyd and Aunt Bev’s son, Phil Wert.  (Phil is one of the five male grandchildren that carries the Wert name) and that is Aunt Gladys Yoder sitting there with what looks like a halo. 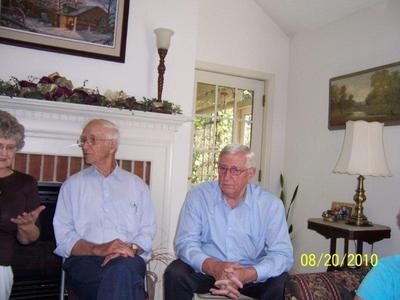 This is half of Aunt Alma Jean Yoder, talking to Uncle Lloyd Gingerich, and Uncle Jesse Yoder 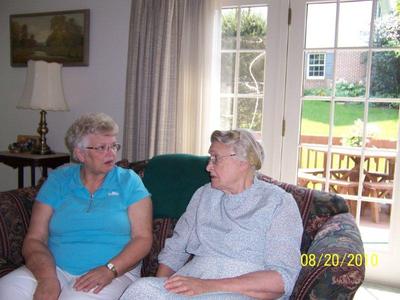 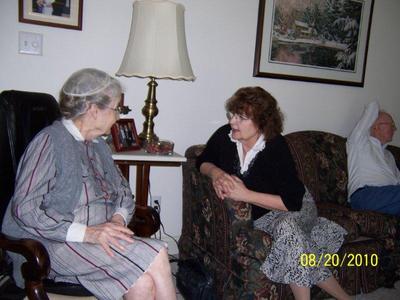 Aunt Mary Wert talks to Aunt Freda Zehr, and Uncle Vernon Zehr holds down the other end of the couch.