Esther and Her Girls

We had a nice time yesterday afternoon.  Friends from long ago stopped for lunch and a visit and it was so sweet. 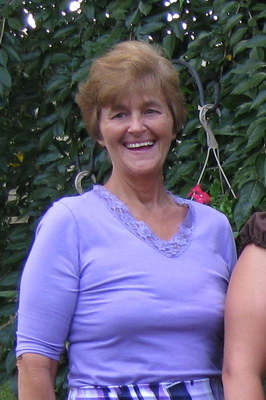 Soon after we moved to Delaware, Esther moved into the house trailer across the road from us with her four little girls.  I wish I had pictures from that time, but we hardly have any pictures (even of our children) during those years.  Anyhow, for those local (and maybe not so local) Esther is the daughter of Gid and Elizabeth Yoder who lived in Delaware (briefly) over twenty years ago.  (Wowser!  That makes me feel really old!)

We loved her and her little girls dearly, and have kept somewhat in contact.  And her girls grew up and got married and we haven’t actually seen them in years!  But Esther and her girls planned a “girls weekend” at Rehoboth last week, and so we were able to get together for lunch and the afternoon.  What a good time we had trying to catch up! 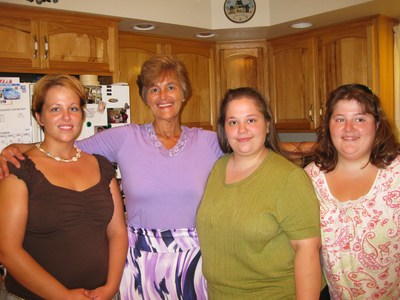 Here they are, Ginny, Esther, Rachel and Summer.
The oldest daughter, Elizabeth, wasn’t along. 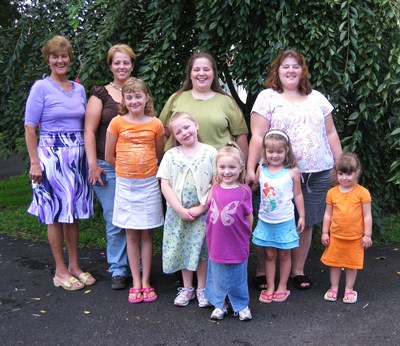 This was the group that was here:
Esther, Ginny, Rachel and Summer
In the front is (from left to right) Lori (Ginny’s daughter) Molly and Maddie (Rachel’s) and Deborah and Abigail (Summer’s) 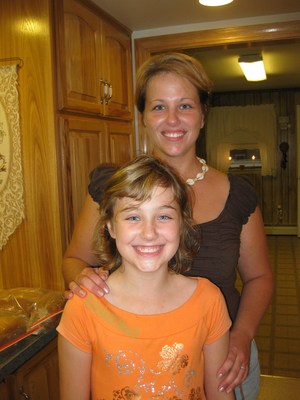 Ginny and her daughter, Lori 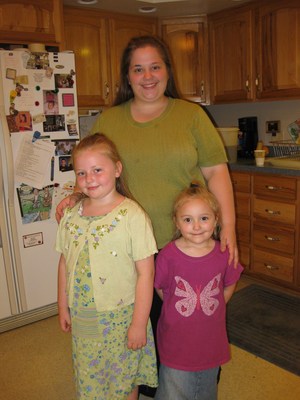 Rachel and Molly and Maddie 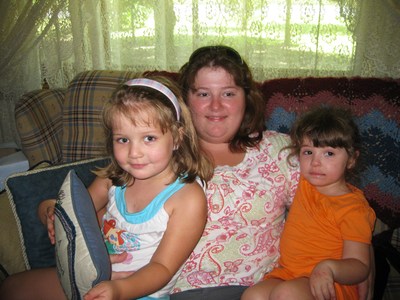 Summer with Deborah and Abigail 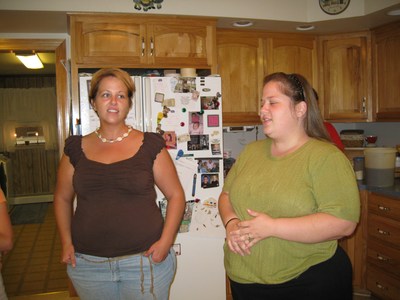 These girls have unbelievable voices.  One of the things I had asked was that they would have a song ready for me.  I wish that I could have recorded it, but it was rich and meaningful and the harmony was so tight.  Here are Ginny and Rachel, singing.  I could hardly get the picture taken, I was crying so hard.  There is a long, long story about these girls and the way their lives have been, but when they stand in my kitchen and sing songs about the grace of God and the hope of Heaven, it stirs me and reminds me that the age of miracles is not yet passed.  God is still the God of broken pieces and broken lives and He can make something beautiful and strong — if we only let him have the pieces. 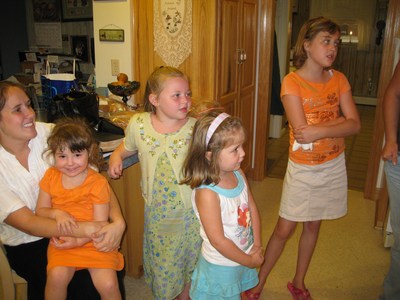 The next generation has wonderful voices, too, and these little ones helped with the singing.  The family was quick to say that the missing sister and her ten year old daughter have the best voices, saying that “Dyall is incredible.  At ten she can do things with her voice that most adults only dream of.”  I’m sure she’s does fine, but these gals have nothing to apologize for, either.  They are just plain good! 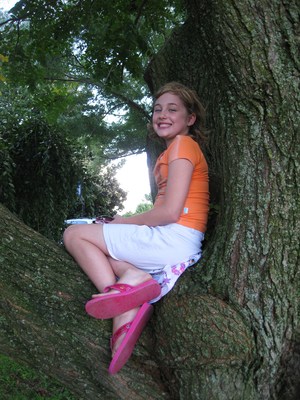 We have a big old tree in the circle in front of our house, and it is a popular place to take pictures.  Lori (10) got the bright idea to have her picture taken there, and she really started something! 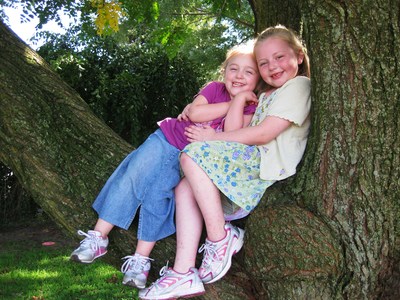 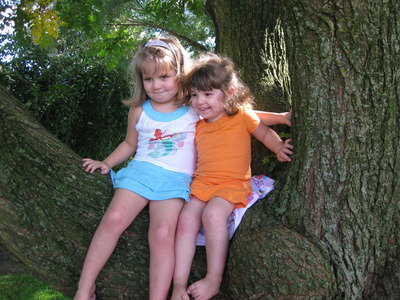 And here is Deborah (4) and Abigail (3) in the same tree.  They were not so sure about how safe this was.  Our Deborah is behind them, holding them steady, but they still felt a little insecure. 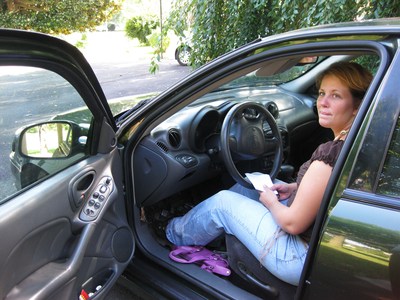 It was a great time, but all good things come to an end.  Here Ginny is making her departure, heading for Pennsylvania and her husband and home.  Soon after, Esther and the rest of the gals would head south for things waiting there.  It was a most pleasant time.  I’m so glad they let me know that they could stop for a visit.

One response to “Esther and Her Girls”