Yesterday was quite a day at Shady Acres.  We were supposed to do corn again — 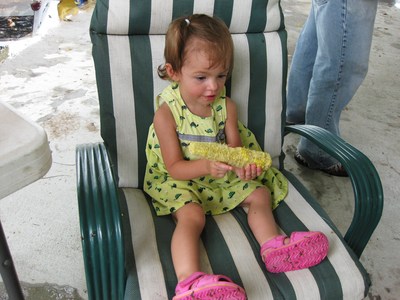 But it wasn’t ready!  So we got busy on other things.  Youngest Daughter wasn’t home from Conference yet, and we had overnight company that was going to be here part of the day.  Dustin Miller, on a trip through several states in preparation for going back to Bangladesh, had spoken at our church on Sunday morning and then at Snow Hill on Sunday evening.  He had spent Saturday and Sunday nights here, and needed to head for Washington D.C. in the afternoon.  I envisioned a leisurely morning when I heard there was no corn, but what a misnomer that turned out to be.

The usual morning things are to get Cecilia and Nettie on their way, so that got done in fairly good order, and then I decided to start laundry.  I heard the driveway monitor, and looked out to see who had come, but didn’t see a car.  So I went to the door, and coming up the ramp was my sweet neighbor, Lillian.  She had been out picking up trash, and stopped in for a minute.  She lost her husband almost two years ago, and she has had a tough couple of years health-wise.  This picture was taken in happier days, but I love this little wisp of a lady.  We often talk about her scrappy husband, and how much she misses him.  When I hug her, she feels like mostly bones and her tears are so close.  What a special lady!  She is brave, but so very fragile. 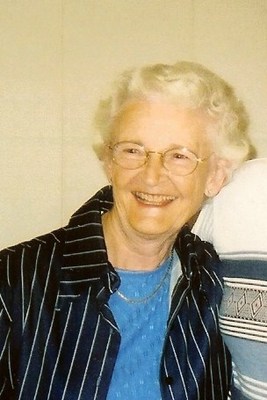 Deborah came down and was cleaning up the kitchen, and Dustin came down and foraged for some breakfast.  They decided to go in to Dolce’s for some coffee, and so they left and I kept on doing laundry.  Then the driveway monitor went off again and it was my friend, Emma.  She had taken her husband, Jimmy, up to New Jersey to pick up his bike that had been wrecked a few weeks back, and stopped in on the way home.  Earlier in the week, we had planned to go out for lunch on Monday, but then the corn and the bike had preempted our plans, so she was actually stopping to help do corn.  Ah, well. She said she was going to come on Wednesday.  I had lots of leftovers from Sunday, so she and I decided we would still do lunch — with leftovers, so I got busy heating those up.  Then the doorbell rang and it was my neighbor, Jesus, (no, really, that’s his name!) with his beautiful little boy, Romy.  He came in with a paper that he wanted help filling out.  Once again, it was one of those papers that he really wanted me to fudge a little on — and I said to him, “Hay-soose, I am going to tell you what I tell all of my hispanic friends:  I will do everything I can to help you, and I will sign anything that I can in good conscience, but I will not lie for you.”  He said, “No, no, that’s okay.  Just sign what you can.”  So we went over the paper and filled out everything that I knew the answer to, talked about his job, and caught up a little on his life.  Then he had done some carpenter work in the trailer repairing a leak, so I paid him for that, and he took Romy and went on his way.

About that time, just when the food was almost warm, I heard the sound of a motorcycle, and it was Jimmy, bringing his repaired motorcycle for admiration.  He breezed in the house in his “Jimmy way”, and I asked him if he was hungry.  He often won’t eat at my house, but he was feeling really happy yesterday, and he ate!  Leftovers from Sunday, but he ate!  I was pleased with that.  When he and Emma had finished their lunch, and I had changed a load of laundry, I went out to see his motorcycle.  I hadn’t gotten a chance to see it back when he first got it.  He had picked up the cycle on a Thursday night, if I remember correctly, and had taken it up to New Jersey to show a friend on Saturday.  On the way home, he stopped for some coffee and someone took a short cut through the parking lot and caught the bike and drug it several feet, causing it some significant damage (although it wasn’t as bad as first thought, it was incredibly hard on Jimmy who had waited a LONG time for this bike).  He had to leave it up in Jersey until it could be repaired, and he was one happy guy to bring it home, all fixed, all shined up, all just the way he wanted it. 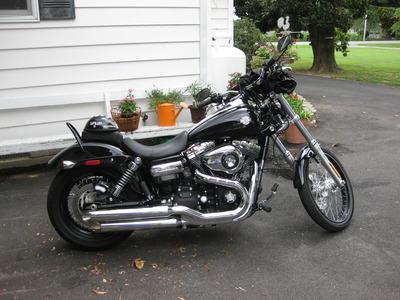 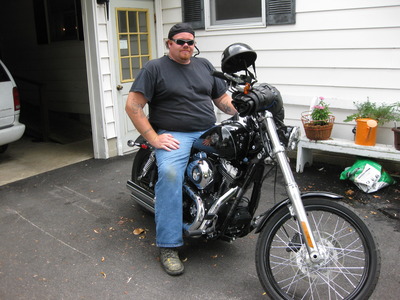 Well, in the mean time, Youngest daughter had gotten home, and then Dustin and Deborah got back from the coffee shop, and then Jessica Burkholder stopped in.  She and the girls were going to Dover for a little jaunt to look for a diaper bag for Davey and Jessica’s soon to be born baby.  I should have taken a picture yesterday,  Jessica is such a cute preggo mama.  But I didn’t!  (sorry!)  This one will have to do. 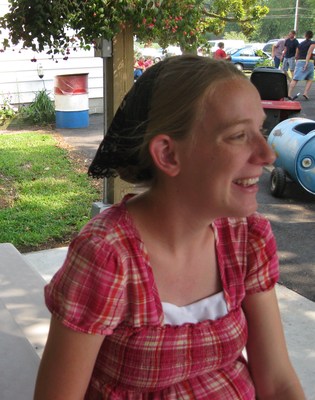 The girls headed out, and then the driveway monitor went again, and it was my Sweet Mama, coming to wait at my house between doctor appointments.  It is always so good to have her visit! 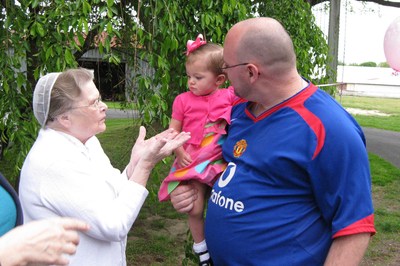 In between visiting with her, I fielded a few phone calls, and then she left for her appointment, and Dustin left for D.C..  Nettie came home and then Cecilia.  Then finally, the girls and at last, Certain Man.  That was the best of all.  Everything is always better when he is home.

I guess, reading over this, it was no wonder that I was exhausted last night.  It was one of those evenings when I couldn’t wait to get to bed.  How incredibly blessed I felt to sink into my great mattress and literally zonk out.  Certain Man said that I was asleep almost as soon as I hit the pillow.  I believe him.  What a grand sleep I had!

Today, I still feel like I have it in slow gear.  It is Oldest Daughter’s birthday: 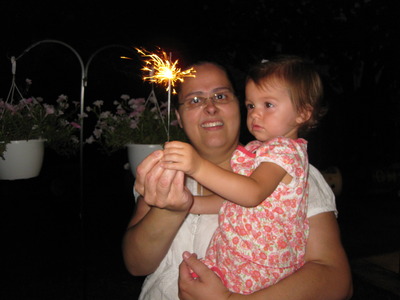 and I have a dentist appointment and some other stuff to do — laundry to finish, and bookwork at Mama’s, but thankfully, nothing that is too demanding of energy.  I am so glad for the pause that refreshes.  At least I guess that is what this day day is.  Never thought I would think of going to the dentist as relaxing, but it really does feel like that, and now I am outta’ here!

May you all have a blessed day!