Daddy and Mommy went to Virginia to see Daddy’s cousin, Matt, and his wife, Angela.  I get to stay with Grandpa and Grammy.   I took a (very) little rest with Grandpa on his chair. 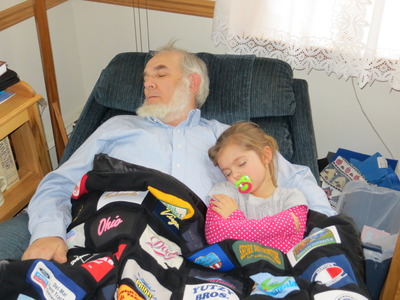 He was snoring, so I pretended to snore, too, and woke him up.
I decided to get down.

Grammy napped on her chair, too, while I watched Caillou,
but then I convinced Grammy that it was time to do something more interesting.

So we mixed up some cupcakes and I helped a lot with that, and then I washed the dishes with lots of soap and water and splashing about.
I had to wear my apron: 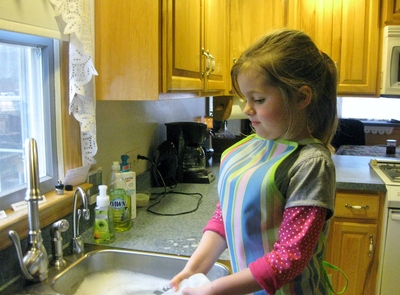 And then, Grammy gave me Grandpa’s big honey bear that is out of honey.
She filled it with water for me and I watered the flowers.
They were really dry, though Grammy isn’t sure if at least one of them won’t need water for a week or more: 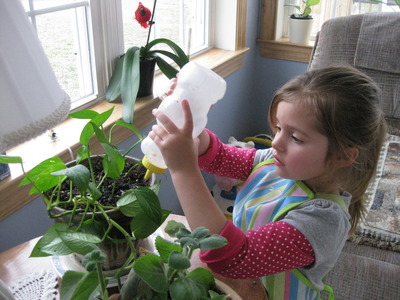 When I got done with that, the cupcakes were done, so we got them out of the oven: 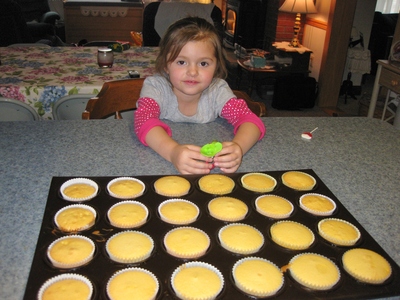 “Since it is Saint Patrick’s Day,” said Grammy, “shall we make green frosting?”

So we made green frosting.  I held the mixer and mixed it up.  Grammy helped me. 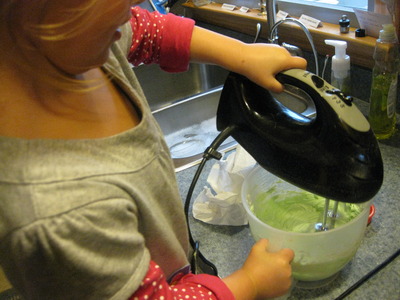 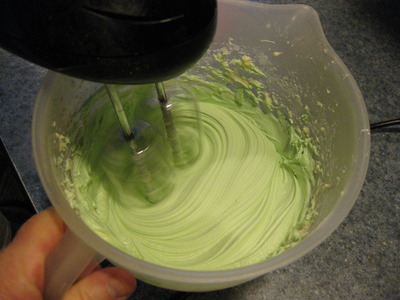 And then I licked the beaters.  It was so yummy! 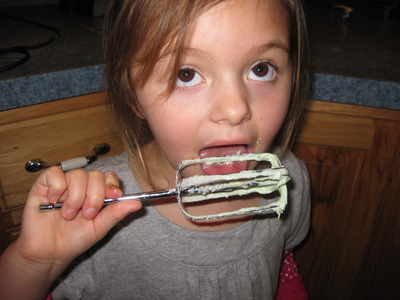 Then Grammy put the icing on the cupcakes and I sprinkled the green sugar on them.

And I did it almost all by myself.  Grammy almost didn’t have enough green sugar.

In fact, when I was done, there was no green sugar left in the shaker.  At all.

But all the cupcakes had sprinkles. 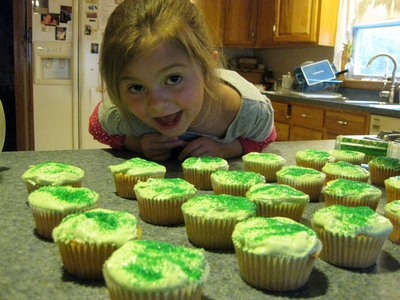 So I ate one right away to see if it was okay. 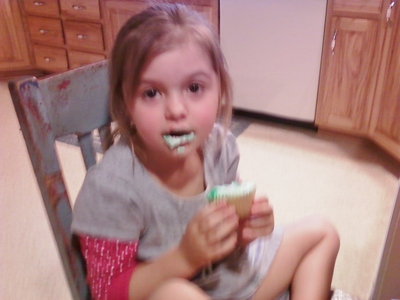 And now, as soon as Grandpa goes out to feed the calves, I think I will beg to go along.  I got my farm boots that Mommy bought for me from the thrift store, and Grammy has a farm jacket for me.  After that, maybe I will get a bath, since I haven’t had one in a very long time.  (At least that is what I told Grammy when I was begging for one!  Somehow I’m not sure she believes me, but at least I haven’t had one today, I am sure!)

I am getting really tired, too.  It’s hard work keeping things going at Grammy’s house.