Now it came to pass that Certain Man and Certain Man’s Wife seldom have time to go away by themselves, but Certain Man determined that he was going to take off from his work and that after a morning appointment in Dover that He and His Wife were going to spend a day away from the noise of phones and such just having a quiet day to themselves.

And so, on Friday, July 20, 2007, they betook themselves to the fair shores of the fine town of Lewes, and decided to ride the ferry from Lewes to Cape May and back again.  It was a glorious day, indeed! 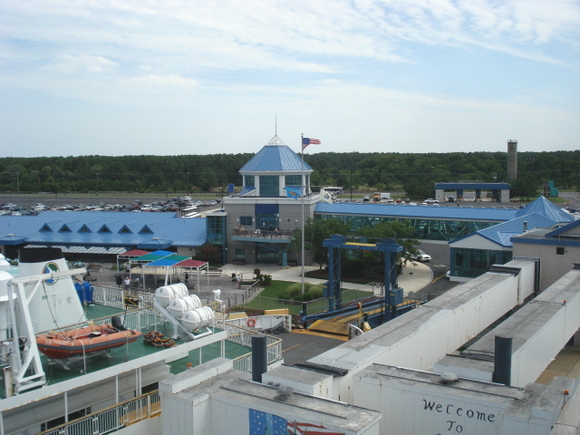 The Terminal was fairly bustling with activity.  The ferry in port was one of the largest that the Cape May – Lewes Ferry Corporation owns, and we were delighted to be able to ride it.  The day was perfect.  It was not too hot, a stiff breeze was blowing, and the sky was gorgeous. 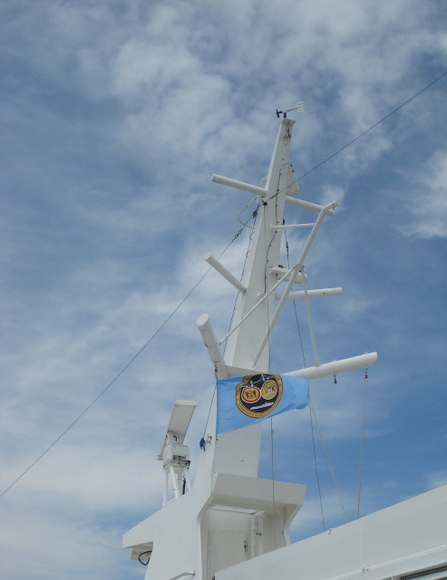 Our Flagstaff against the sky.  The wind was keeping the flag straight out.  It was actually a strong enough breeze that there were places that were not comfortable to be!

Delaware’s very own Tall Ship, the Kalmar Nyckel, was in port, and the crew was busy givng tours.  It would have been interesting to go aboard, but we contented ourselves with observing from the deck of our own boat. 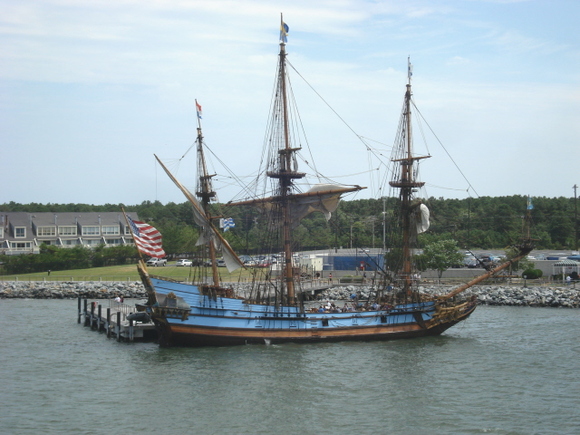 Kalmar Nyckel — The Tall Ship.
Read about it here:  http://www.kalmarnyckel.org/

We had a few very brief sitings of dolphins, (not long enough to catch any pictures) and the waves were pretty impressive — so much so that Certain Man began to get queasy, so we went below and got a cold ginger ale, found a nice place to sit along the side deck and watched the water slide by.

We passed another, much smaller ferry: 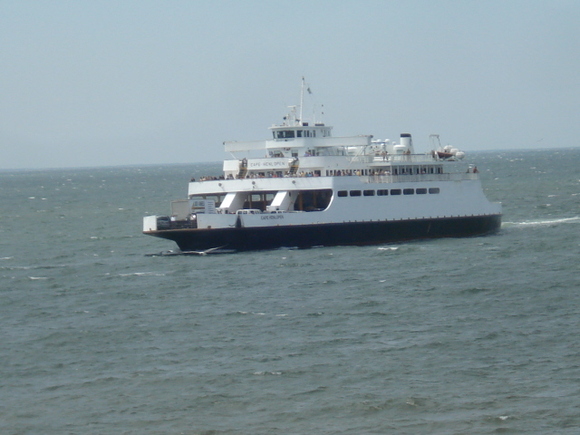 And saw this pier as we were coming into Cape May– 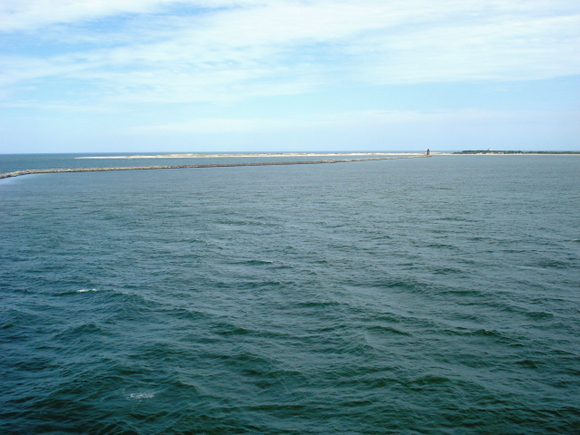 The coast line along Cape May is quite different from the Lewes side: 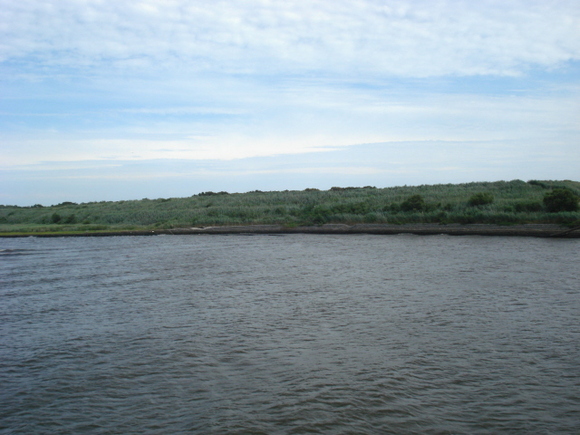 The boat was not very crowded, and people were pleasant.  The three hour ride was well worth the fare, and we came home with wonderful memories, and a sense of renewal and connectedness that we’ve been desperately needing. 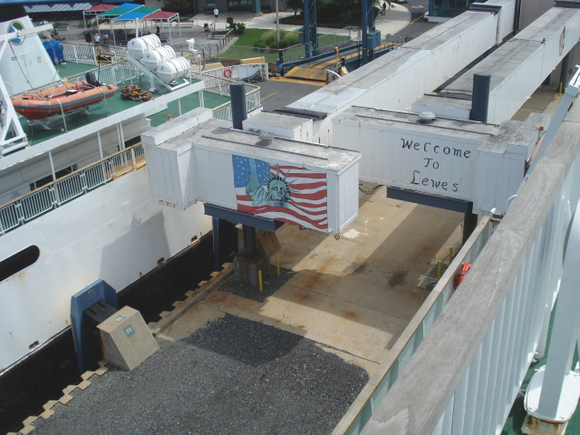