When we handed out the invitations this year, we wondered who would come and who wouldn’t.  There have been many changes over the last year in this department of Public Health.  There were twenty some families invited, but we knew from experience that less than half would come.  Even those who say they are coming are sometimes deterred at the last minute by other demands of the season.  We decided a long time ago that this night belonged first to our Heavenly Father, and it was up to Him who came and who did not.  We are always glad for each one that comes, but we don’t take it personally when someone can’t make it.

I decided to take pictures as the families arrived.  So often, I leave it until they are leaving, and then someone gets missed.  We had a great group of people (though there were some that usually come who couldn’t for one reason or another, and we did miss them). 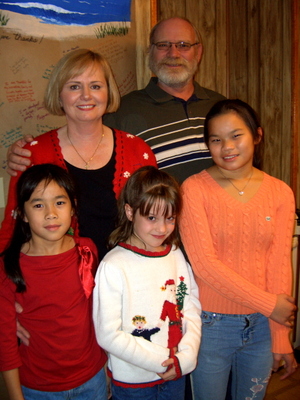 Carol and her family 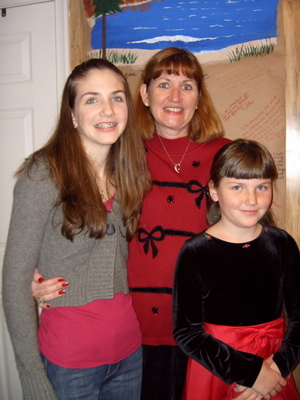 Yvonne and her girls 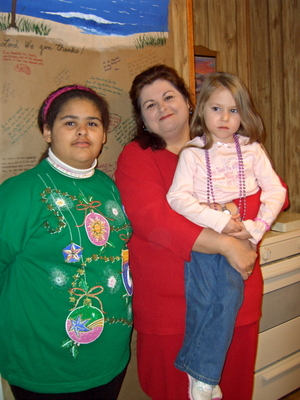 Judy and her daughter and granddaughter 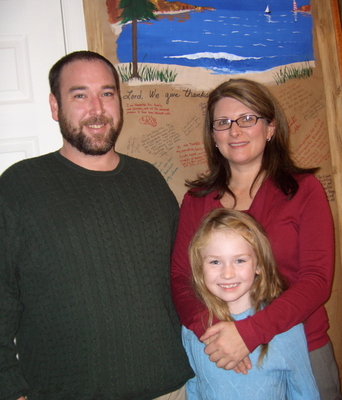 Lance and his family 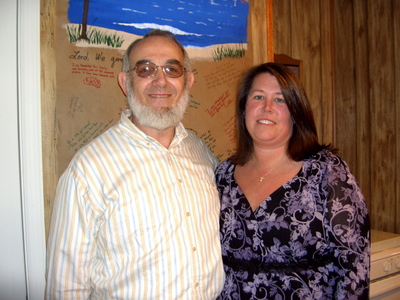 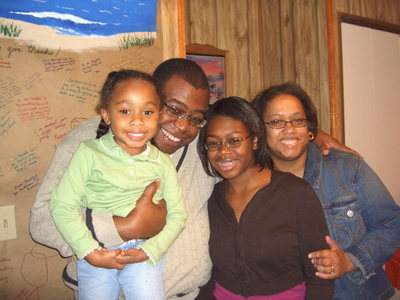 Dana and her family

I didn’t get pictures of the “Eating” but we did take random shots of the gathering afterwards.  We gathered together in the living room and Youngest Daughter read the Christmas Story from the Best Book of All. 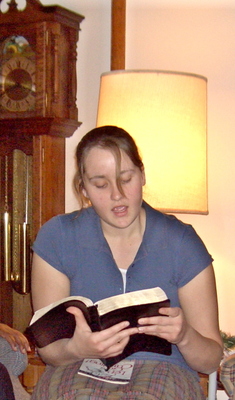 And then, our faithful pianist, who has helped us for many of the years we’ve gotten together, helped us to get started singing. 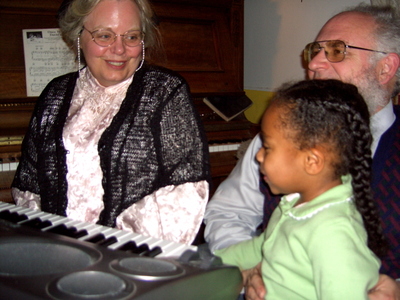 She had a little extra help, but Karen is terrific any way you cut it. 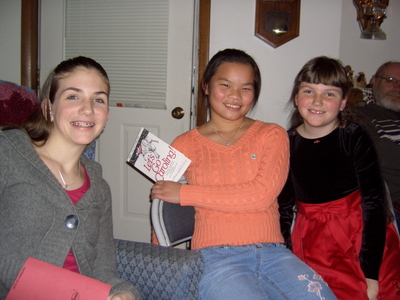 The girlies in the corner. 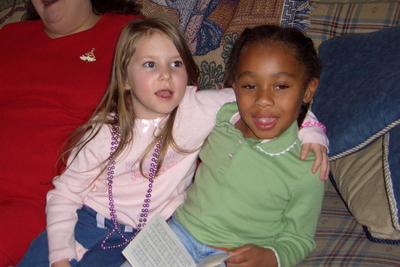 These two were a joy to watch 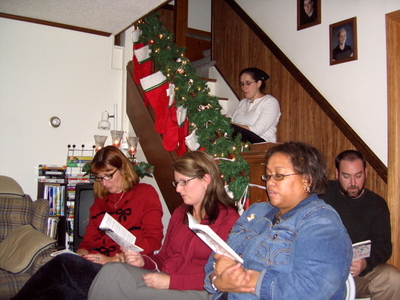 Around another corner, and up the steps.  Actual participation was pretty much 100%.
It is such a joy to listen to!

At the end, we light candles around the circle, and turn out the lights to sing “Silent Night” 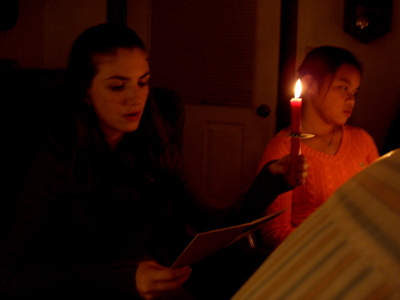 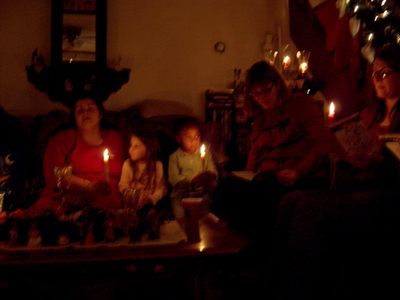 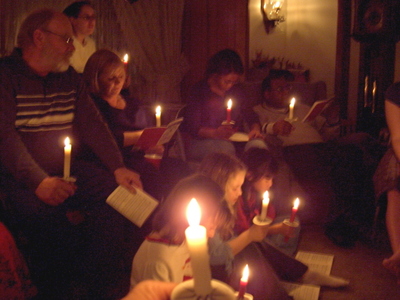 And all too soon, it was over for another year.

But while we were sitting around, talking as a family about the evening, Beloved Son-in-law and Eldest Daughter dropped in from BSIL’s Company Christmas Dinner. 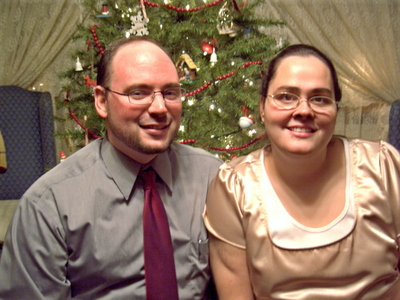 Of course, we had to take a picture of them, too.
The evening wouldn’t have been complete without them.